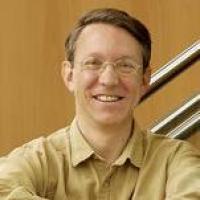 Prof. Cook-Deegan (AKA "BCD") squandered his youth skiing powder on the flanks of Coloradoâs peaks. He spent his summers in late high school and early college giving smallpox, DPT, and tetanus vaccines and penicillin shots in the Altiplano of northern Guatemala. He has participated in human rights missions to Panama (1987) and the Kurdish regions of southeastern Turkey and northern Iraq (1988 and 1991). And he has a day job at Duke.

BCD joined Duke's then-nascent Institute for Genome Sciences & Policy in 2002, as director of its Center for Genome Ethics, Law & Policy. He is a physician and molecular biologist who spent twenty years in Washington, D.C., in various positions at the intersection of health, science, and policy. He will be teaching âEvolution of Science and Cultureâ with Priscilla Wald of the English Department in the fall, and a 200-level course, âResponsible Genomics,â in the spring.

His 17-year old daughter Maeve and wife Kathryn also call Alspaugh home. Maeve is a senior at Durham Academy's Upper School. She does competitive rock-climbing with a local gym, is a Counselor-in-trainiing a Maui Surfer Girls each July, and does track. Kath is completing her training as an analyst in Jungian Psychology in Zurich, Switzerland. The Cook-Deegansâ son spent the summer of 2006 biking from the northern (Chinese) to the southern (Cambodian) border of Laos to raise money to build a school through Room to Read. He then founded an organization, Transform Abroad, to raise money for high school students without independent resources to have an experience abroad. Patrick graduated last May from Brown, and spent part of the summer of 2007 working with Sherryl Broverman of the Biology Department and other Dukies in Kenya on the WISER project. He is keenly attentive to the politics of Burma. During 2010 he will be on a Fulbright Scholarship in Thailand.

Students generally find Oshie the most amiable and lovable member of the family. Oshie is now nine years old. Her mom is a golden retriever (really), and the father a who-knows-what, apparently with black coat. Petting is encouraged. Of the dog.