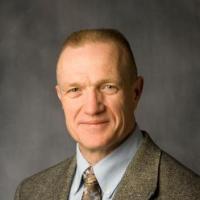 My research concerns problems in the geometric theory of partial differential equations.  More specifically, I work on conservation laws for PDE, Finsler geometry, projective geometry, and Riemannian geometry, including calibrations and the theory of holonomy.

Much of my work involves or develops techniques for studying systems of partial differential equations that arise in geometric problems.  Because of their built-in invariance properties, these systems often have special features that make them difficult to treat by the standard tools of analysis, and so my approach uses ideas and techniques from the theory of exterior differential systems, a collection of tools for analyzing such PDE systems that treats them in a coordinate-free way, focusing instead on their properties that are invariant under diffeomorphism or other transformations.

I am also the Director of the Simons Collaboration Special Holonomy in Geometry, Analysis, and Physics, and a considerable focus of my research and that of my students is directed towards problems in this area.

I'm interested in the geometry of partial differential equations (as always), but, more specifically, I have been thinking about conservation laws for PDE, Finsler geometry, calibrations, holonomy, and trying to learn more about Seiberg-Witten invariants and symplectic geometry.